It all started way back in May of 2016, a guy wearing helmet, on a bike stopped me in the middle of the road. This guy didn’t even care removing his helmet and out of nowhere asked “Hey, are you Garvit? Are you the one going to Singapore?”. While I couldn’t understand what was happening, I politely replied yes. That is how I met Amit Kumar Jha.

My second encounter with him was in Singapore where he hopped from one place to another. This guy stayed at different place every day during his stay in Singapore. At first, I found this guy to be the unorganized and careless. He even forgot to book his ticket to Singapore where he was speaking at FOSSASIA conference. I met a person with such an attitude in life for the first time. In Singapore, I got to know he is a core contributor of Sympy Developer and was a GSoC student with Python Sofware Foundation for his project with Sympy.

About six months later we met again at Zomato office. He was at the office to give an interview for the Software Development Engineer post. He got the position and joined about a week later. He asked if he could move in with me for a month. I was living all alone and had no problem in sharing my room with him.

That was the start of our friendship; we stayed together for a month and a half. With him, joined another person Suhaib who lived near to our flat. We often spent time at Suhaib’s flat. There we played cards, enjoyed songs on youtube, danced and did all the crazy things you would expect out of newly graduated students. I still have a vivid memory of an incident. He had to prepare a talk on GIL lock in Python language. We all stayed up till late night and figured out what exactly GIL lock is and why do we need it. Suhaib and I dozed off once we acquired a substantial knowledge, but this guy stayed almost all night and prepared his presentation. This incident made me realize that he takes his presentations very seriously. He had to present this at a regional meetup of Python Delhi group. He told me that he prepares a presentation, submit it at a regional group, then at the national level and finally internationally. While after every presentation he would take feedback and improve his content. This is what made him an elegant international speaker. He speaks at various international conferences. I did use his material and the knowledge that we gained that night to present a talk on GIL in another regional conference of my organization KDE.

Following six months down the lane, me, Suhaib, and Amit decided to take a flat together. We found a perfect home for three of us, and we named it “Haveli.” We were joined by Amit kushwaha after we moved to our new haveli and a frequent visitor Anu Mittal. Haveli became the host of unlimited fun, memories and joyful events. We decorated our haveli with bean bags, PlayStation, and TV. Though Amit and I never played it :P, but TV was utilized to the best of its capabilities. We watched movies, listen to tons of qawwali by Nusrat Fateh Ali Khan and songs by Momina Mustehsan, Atif Aslam, and others.

All three of us used to live in Delhi and used to go back to our house every weekend. Amit used to drive us all back home and pick us every Sunday night back to the haveli. This showed his selflessness and how much he cared for all of us. He had to many time take the long route back to his home to drop both of us to our respective house. I never saw him whining about such events. We even used to call him our Uber driver. Such are the memories associated with him. I am omitting out many of the other memories because we can’t share many of those in public ;).

We were enjoying our daily course of events when he told us that he got a job offer from a company based out of London. He told us that he would apply for exceptional talent visa for the UK. This news got all of us excited. After about a month of his research and collecting the relevant documents he submitted all the related documents needed. About three weeks from this he got a mail stating that he has cleared his first round and need to send his medicals and other necessary documents. This made sure that his selection for exceptional talent visa was almost confirmed and it was mere formalities that are necessary to be completed. Eventually, he got his exceptional talent visa. This news brought joy to all of us and made us proud of him.

Today, I am writing this blog as we waved him off at the airport. He to me is a great friend, teacher, and inspiration. I will miss him; this Haveli will miss him. Those sleepless nights would not be same without him. But more than that, it is the joy of having a friend having exceptional talent :D. I wish him all the luck in his life, hope he will rock at his new job in London too. 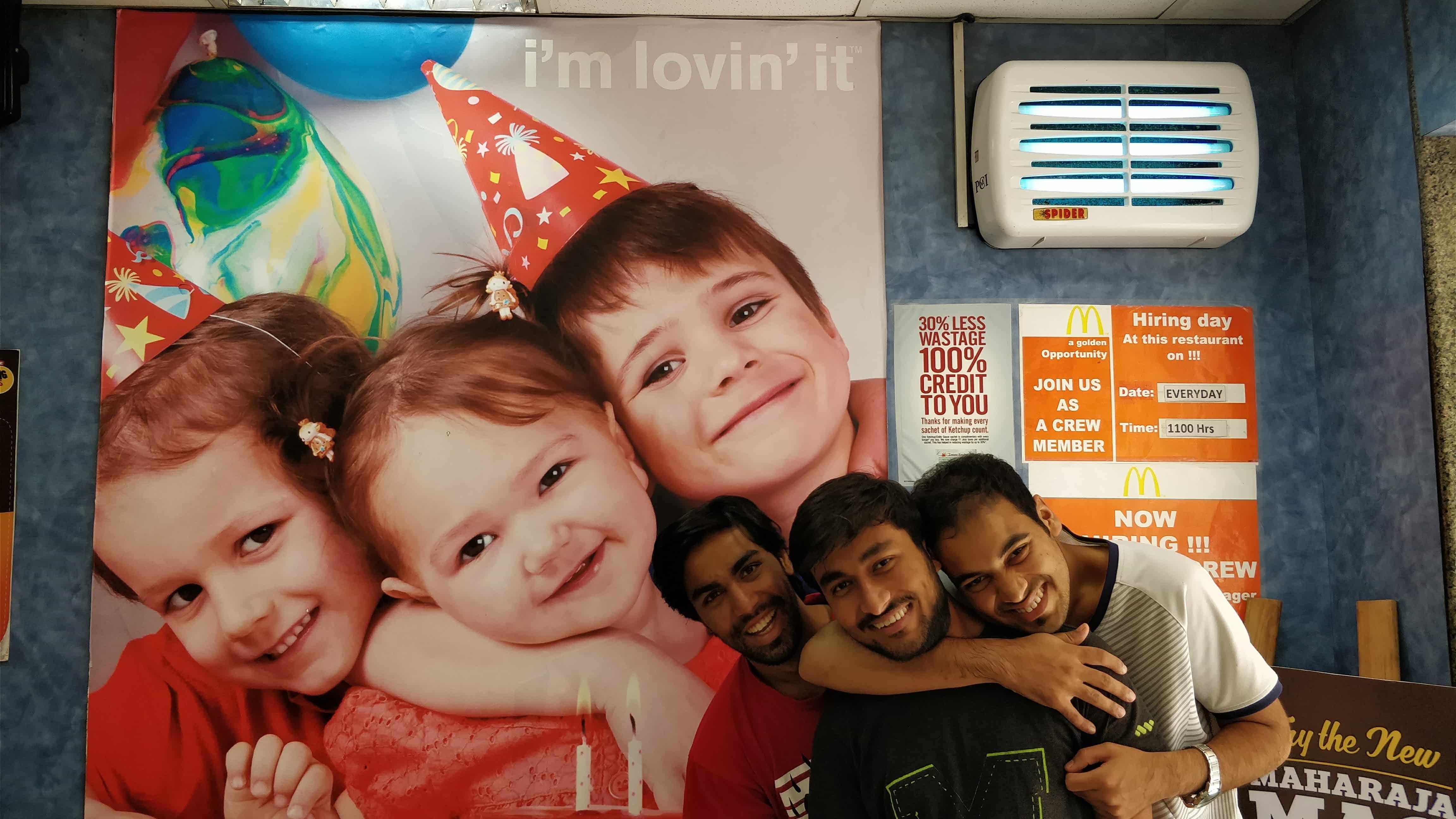